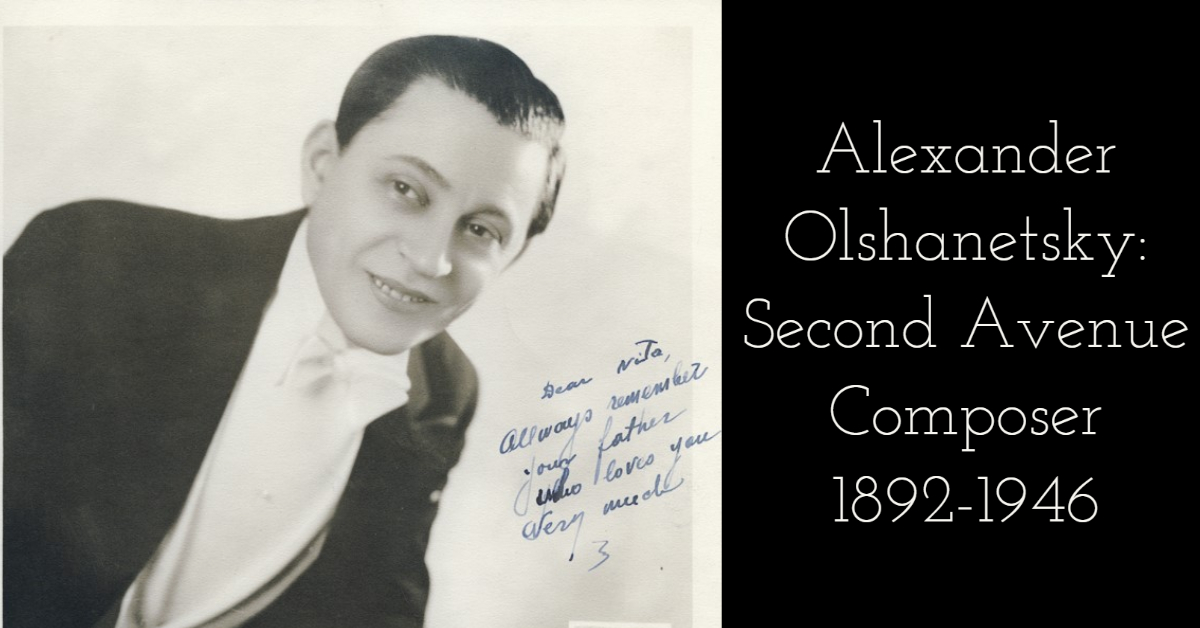 Alexander Olshanetsky was one of the most prominent and prolific Second Avenue composers and conductors, and one of the musically most sophisticated exemplars of the Yiddish theater. He now rests with us at Mount Hebron Cemetery. ~Blog Written by Brandon Castro 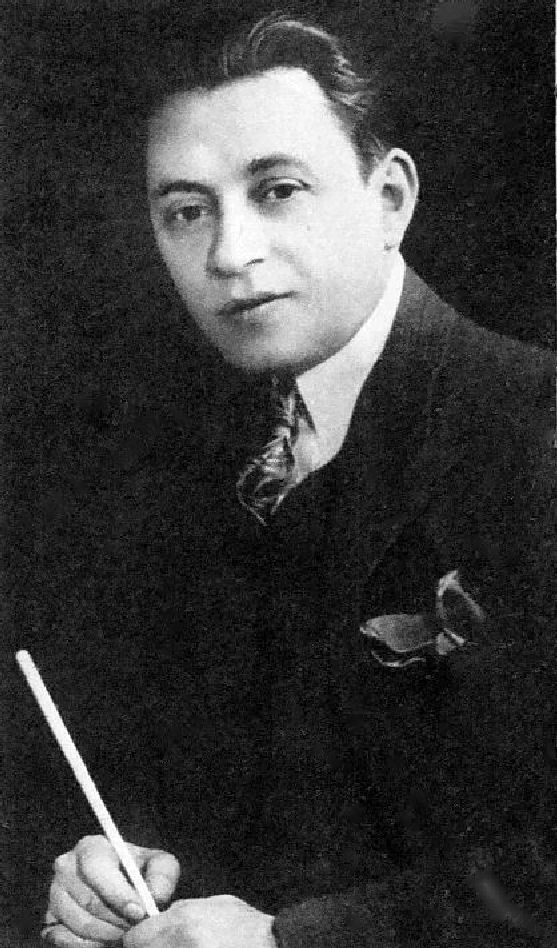 Alexander Olshanetsky (October 23, 1892 – June 3, 1946) was a Jewish-American musical conductor, composer, and violinist. Olshanetsky spent most of his life writing and composing music. He was a grand and prolific figure of the Yiddish theatrical scene. 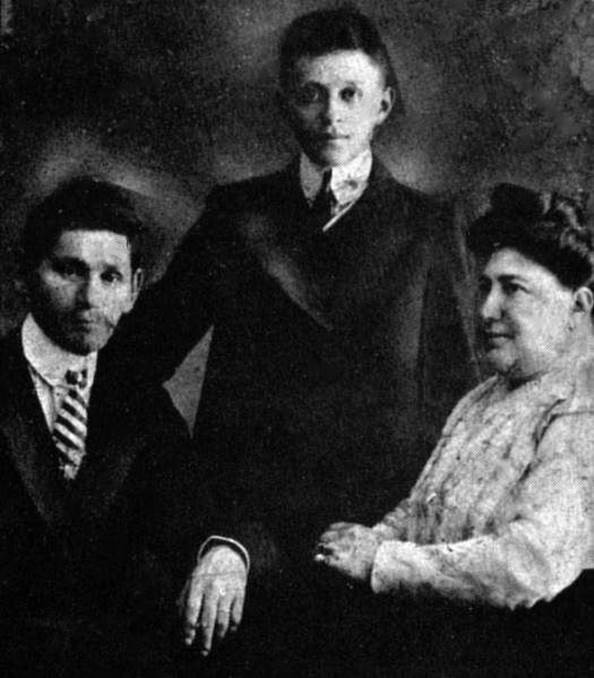 Olshanetsky was born in Odessa, Ukraine. He displayed musical capability at an incredibly early age. As a young boy, Olshanetsky sang in synagogue choirs. At six years old, he showed potential on the violin. His father enrolled him into the Odessa Imperial Music School, where he studied for nine years. 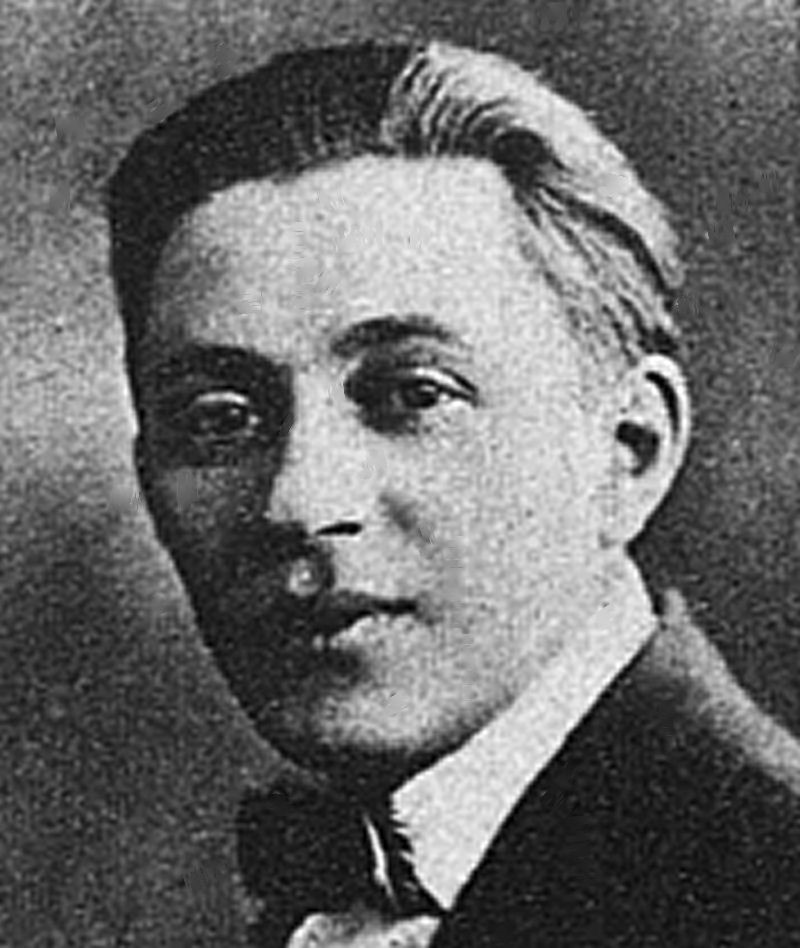 Olshanetsky expanded his early potential and learned to play several instruments. As he continued to explore his passion, he learned that his ambitions competed against his parents’ wishes. Sometime in 1917, he ultimately left home to play and tour with the Odessa Opera orchestra as a violinist. 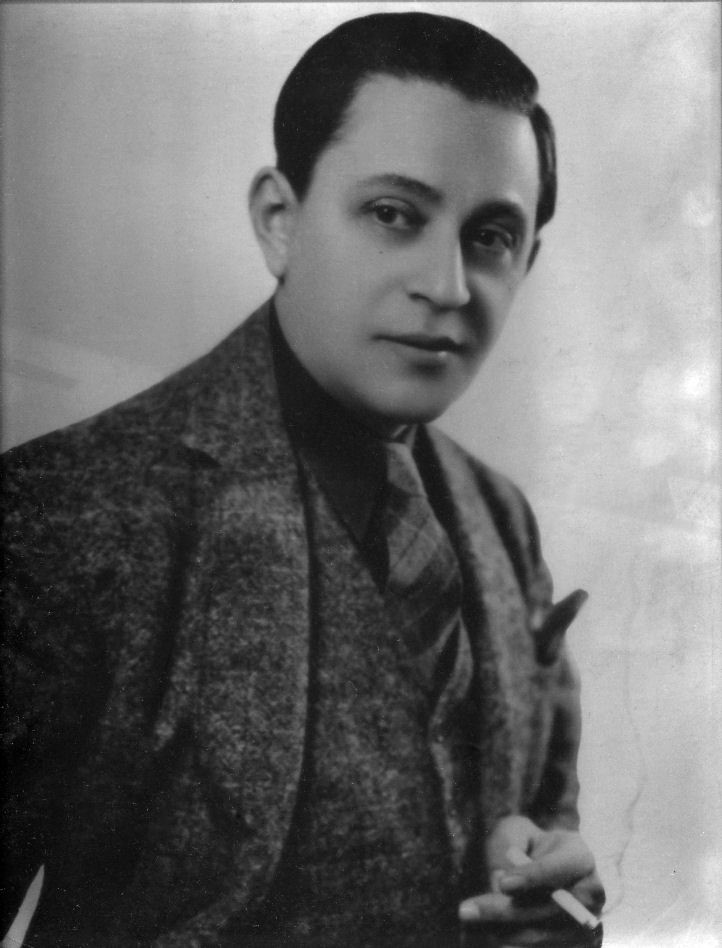 As Olshanetsky roamed around Siberia and Russia, he seized the opportunity to enter as the choral director for a Russian operetta company. During the First World War, he was drafted as a soldier for the Russian Army where he performed in a military band, and later became regimental bandmaster. During his travels to Kharbin, Manchuria, he encountered a Yiddish troupe and eventually became its conductor. 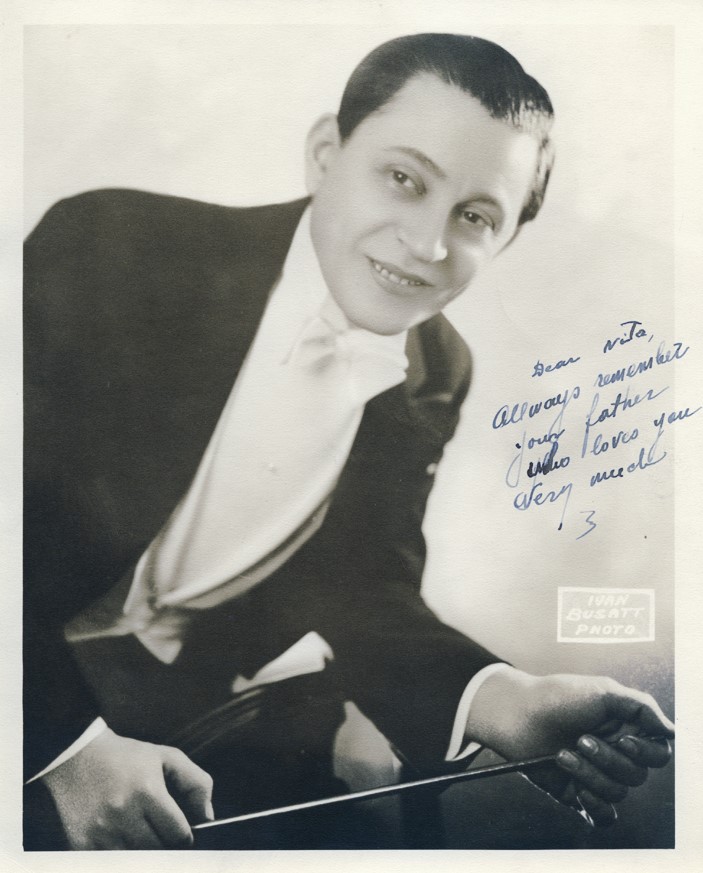 Olshanetsky remained in Kharbin where he began writing music for Yiddish operettas. However, he was not able to remain for very long. Uneasy conditions in Kharbin made it difficult for Yiddish theatre to flourish. He joined yet another group and toured with them for many years throughout China, India, and Japan. In 1921, Olshanetsky returned to Kharbin to a diminished Yiddish music scene. 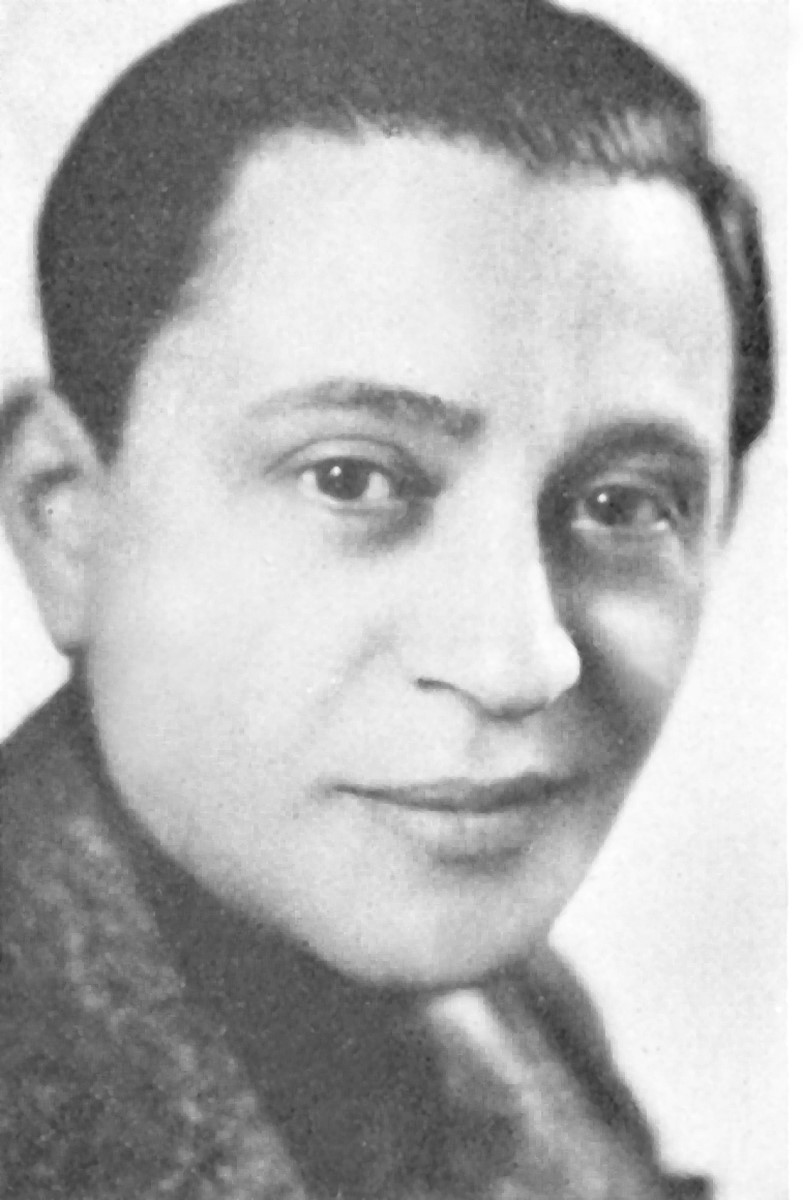 Olshanetsky’s astonishing journey continued to develop. In 1922, he emigrated to the United States where his uncle, Hyman Meisel resided. He had some association with the Yiddish Art Theater. He then purportedly left for Cuba and conducted a traveling opera troupe there.

Olshanetsky returned to New York a more experienced man. He continued to write music for operettas and other troupes. He continued to improve the Yiddish theatrical scene. His music was played in theaters such as the Lenox, in Harlem, and the Liberty, in Brooklyn, before he served in the prominent downtown National Theater. 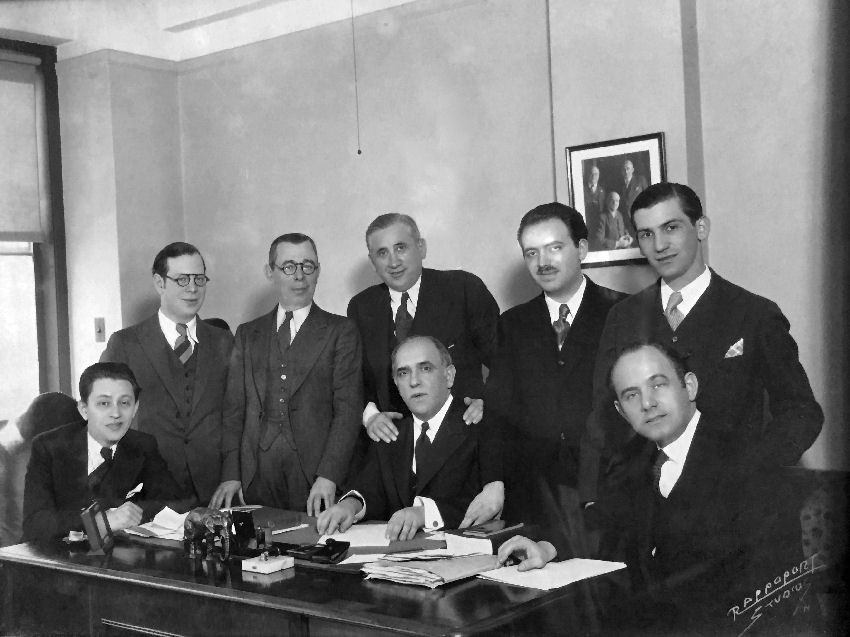 Olshanetsky cemented his name as one of the greats. He became known as part of the “Big four of Second Avenue” alongside Joseph Rumshinsky, Abraham Ellstein, and Sholom Secunda. They were also, and still are, recognized as the main four composers and conductors of American Yiddish Theater of the time. 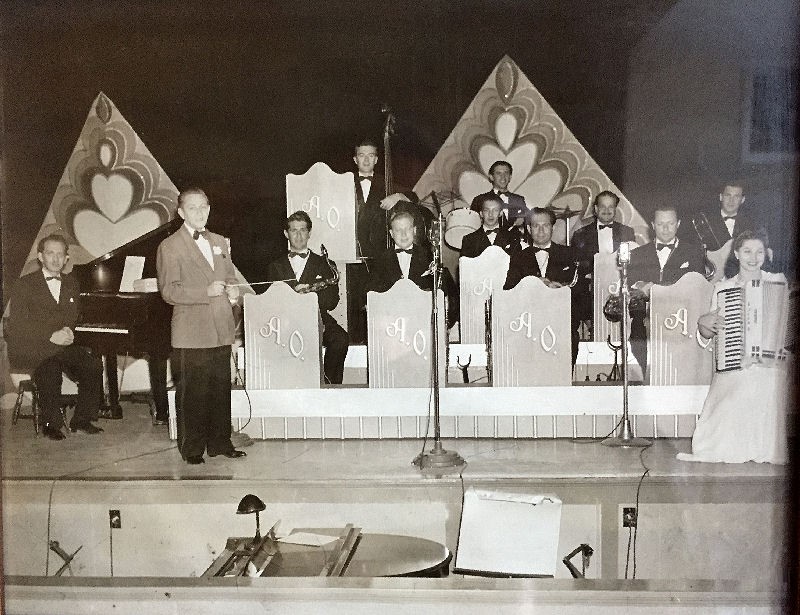 Olshanetsky continued to display his musical virtuosity and gift for several audiences. From 1925 until his eventual departure, his operettas and compositions played in nearly all its major theaters. During the 1929-30 season, Olshanetsky wrote music for the operetta "The Only Night" by Abraham Blum and "Lucky in Love" by Meyer Schwartz, both of which were presented at the National Theatre.

Olshanetsky’s accomplishments do not end there. On February 24, 1929, Olshanetsky performed his adapted orchestration of Goldfaden's " Bar Kochba” for New York radio. He also became the first musical director of the Concord Hotel. He exuded immense theatrical character and flair through his compositions. He continued to write music for several years up until his death.

On June 3, 1946, Alexander Olshanetsky tragically passed away. Fellow composers and audiences were shocked by his sudden passing. Some of the most sophisticated cantors considered Olshanetsky one of the best choirmasters of the time. He was also one of the most musically complex exemplars of Yiddish Theatre. His incredible life, music, character, and style serve as models for future generations of musicians.