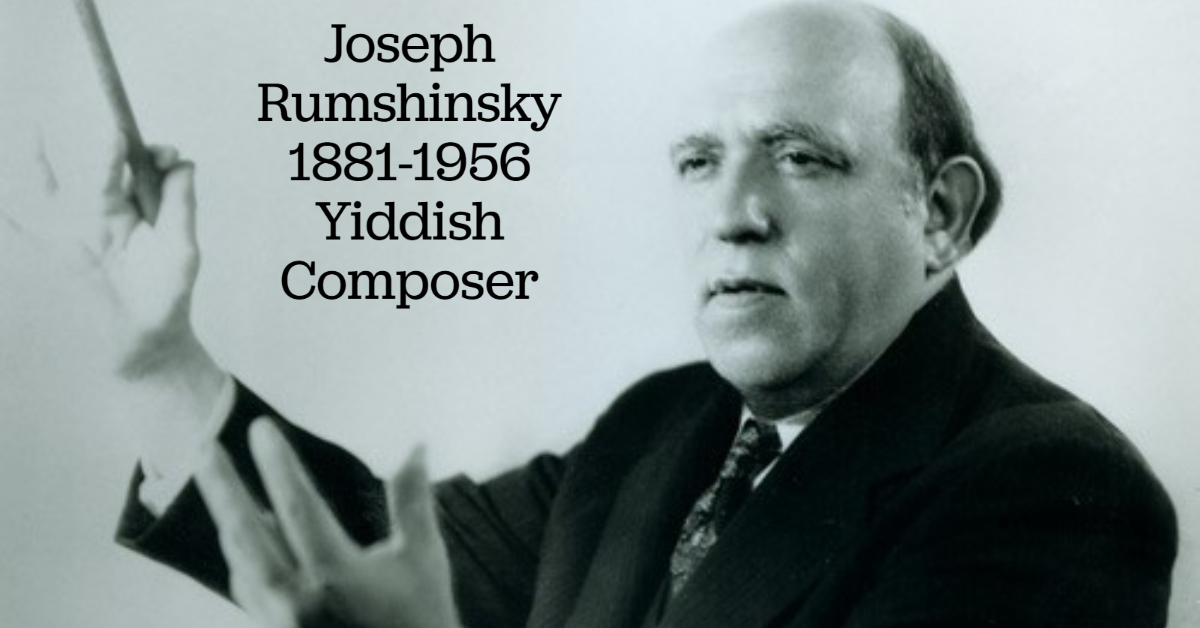 Joseph Rumshinsky was a Jewish conductor, lyricist, director, and composer. Rumshinsky is celebrated among the greatest American Yiddish musical composers, even being considered one of the Big Four composers of his period. He transformed Yiddish theater, made it a part of his life, and took it with him. ~Blog Written by Brandon Castro

“Joseph Rumshinsky: From Prodigy to Pioneer”

Joseph Rumshinsky (January 15, 1881 – February 6, 1956) was a Jewish conductor, lyricist, director, and composer. Rumshinsky is celebrated among the greatest American Yiddish musical composers, even being considered one of the “big four” composers of his period. He transformed Yiddish theater, made it a part of his life, and took it with him. 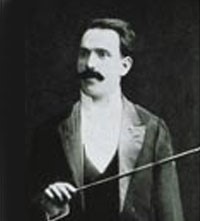 Rumshinsky was born near Vilna, Lithuania (then part of Russian Poland), now known as Vilnius, Lithuania. He was a child prodigy who exhibited immense talent. He studied piano at a local private school and soon developed the moniker “Yoshke der notn-freser” (little Joseph the devourer of music [notes]). He continued to develop his musical flair with his involvement in the European cantorial-choral apprentice system.

Sometime between 1890 and 1894, Rumshinsky toured with several other cantors to various cities throughout the Russian Empire. During those tours, he witnessed greater varieties of cantorial styles. He encountered a glimpse of his passion in Grodno (Russian Poland), where he not only found Russian theater but, incidentally Yiddish theater. 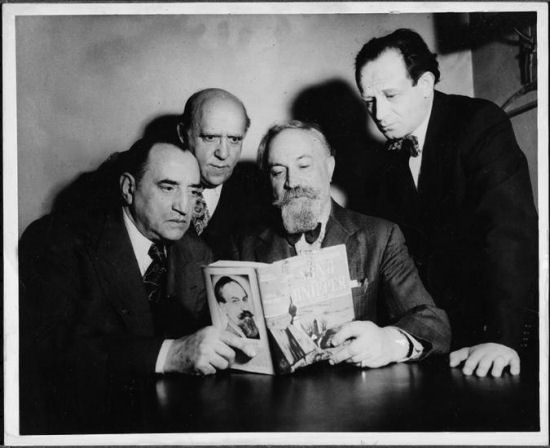 Rumshinsky’s fabled journey would start to shape over the next few years. In 1899, he became the first conductor of the Zionist and Haskala-oriented Hazomir Choral Society. In 1902, Rumshinsky emigrated to London to avoid military conscription in the czarist army. He soon convinced himself to undertake new opportunities in America. He arrived in New York just two years later.

When Rumshinsky arrived in New York he encountered early versions of American Yiddish theater which he labelled as “elevated vaudeville.” He accepted his limitations and expanded his horizon by writing for the people. He continued to fantasize about a new and grander form of American Yiddish operetta with larger artistic possibilities. Rumshinsky had a lot of work to do. He set his sights to make an impact and by doing so he had to compete with newer talent, well-established composers, and songwriters. 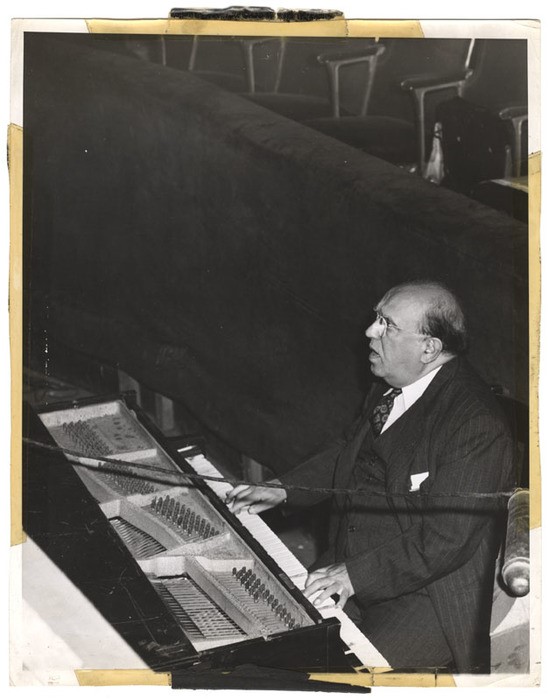 From 1905-1906, Rumshinsky was a director at Boston’s Hope Theater. He once again returned to New York and worked at Brooklyn's Lyric Theater. Around a year later, acting giant and Yiddish theatrical star, Jacob P. Adler, gave him the opportunity to conduct and compose at the Windsor Theater. Adler treasured Rumshinsky’s musical virtuosity and remarkable style. This gave him the chance to shine through and create a name for himself.

During his Windsor season, Rumshinsky created his first complete operetta-type score. He wrote other songs for another operetta, and, in 1909, had his first original American publication. Rumshinsky continued to work during the next few seasons and teamed up with many important figures at the time such as fellow composer and lyricist Anshel Schorr and Jewish stage actor Boris Thomashefsky. In 1916, he worked as composer and conductor at Thomashefsky’s National Theater. During all that time, he created and contributed to many operettas, comedies, and melodramas. 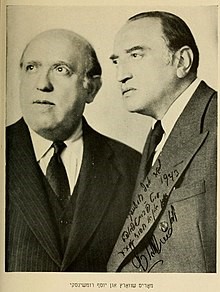 Rumshinsky was on the rise to making history. He convinced Thomashefsky to begin incorporating a professional dance group to enhance a production’s experience and be more aligned with European operetta. It did not end there, he also aimed for a complete orchestra with at least twenty-four professional musicians. His innovations molded and transformed the Second Avenue orchestral field.

Rumshinsky was aware of his growing status and continued implementing bigger orchestras with skilled singers and musicians. Most audiences were accustomed to the smaller scaler dance and wedding band layouts. He added newer instruments such as the harp, oboe, and bassoon to his arrangements. Some actors even referred to him as “crazy Wagner.” Around 1919, he relocated to the Kessler Second Avenue Theater. In that theater, he developed his production, Dem rebns nign (The Rabbi’s Melody), which was a hit that lasted for several months. 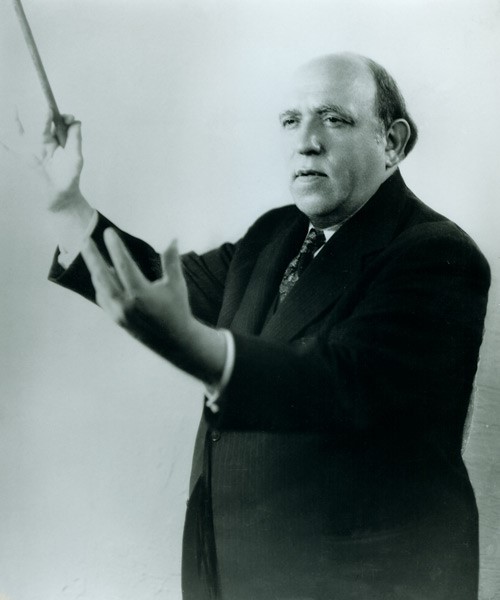 Rumshinsky was undoubtedly a musical chief and colossus of the 1920’s Second Avenue Yiddish orchestral landscape. Throughout the 1930s, he actively engaged in radio programming and broadcasting for numerous stations. He also became director of The Jewish Hour, which was the only Yiddish program on a national network, sponsored by New York City’s Yiddish daily newspaper Der Tog.

In 1931, the Yiddish theater industry celebrated Rumshinsky’s 50th birthday. He was honored with a festschrift, which is a book meant to honor respected individuals, titled “Rumshinsky bukh.” No other composer in that scene had ever been granted such an award. It included various memos and wishes by colleagues, critics, and other influential people. During the next thirty years, he conducted, crafted, wrote, or produced an astonishing number of shows.

Rumshinsky once wrote about fifty years of Yiddish theater. In it, he comments on its “third” period and unfortunate decline. He writes: “It now is the "downhill period," and we are going downhill so quickly! I created over the last years of the first period when the Yiddish theatre evolved day by day; also the entire glorious "golden period." With my brilliance and splendor, that's why my heart is so heavy. One does not want to believe that this all happened in the last century, something like a past event.” One can only imagine what Rumshinsky must have been feeling witnessing his passion wane and crumble before his very eyes. He continued to craft many more musical compositions, with his final show “The Wedding March” running a successful season and ending shortly before his death. 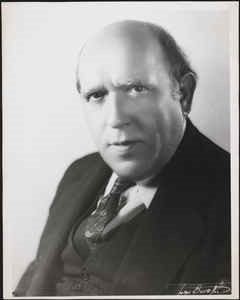 On February 6, 1956, Mr. Rumshinsky unfortunately passed away at 76 years old. Joseph Rumshinsky once wrote: “It is an old rule that if the theatre is to be successful, the main thing is the play. Without a good play, the theatre must close. The main thing is a play with content. The play must have an interesting story; when it doesn't, it may be written by God alone… Sets, scenery, lighting, music -- these are decorations that adorn the plays. Actors, who have to adapt to a play, are extremely important; but the main thing is the play.” This sentiment remained with Rumshinsky for most of his career, he never abandoned his blessed musical foundations. 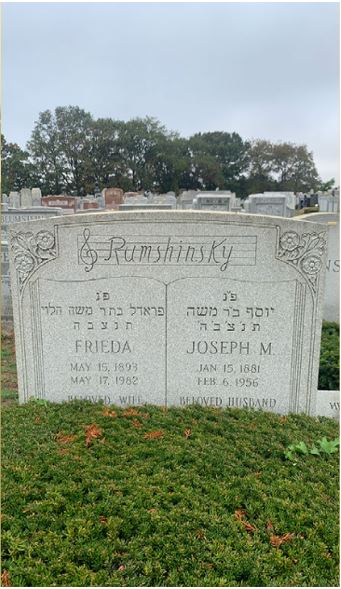 He lived a prosperous life filled with many highlights and accomplishments. He impressively contributed to the scores of more than 100 operettas. He was on the verge of completing, what he reportedly considered his most important work, an ambitious opera titled “Ruth,” written in Hebrew and based on the biblical story. It had a planned production in Israel and Los Angeles, but it never came to be. Rumshinsky will always be remembered as a pioneer, innovator, musical dean, and a leading figure of American Yiddish Theater.