A Fire on Lexington: Remembering the Sugarman Family 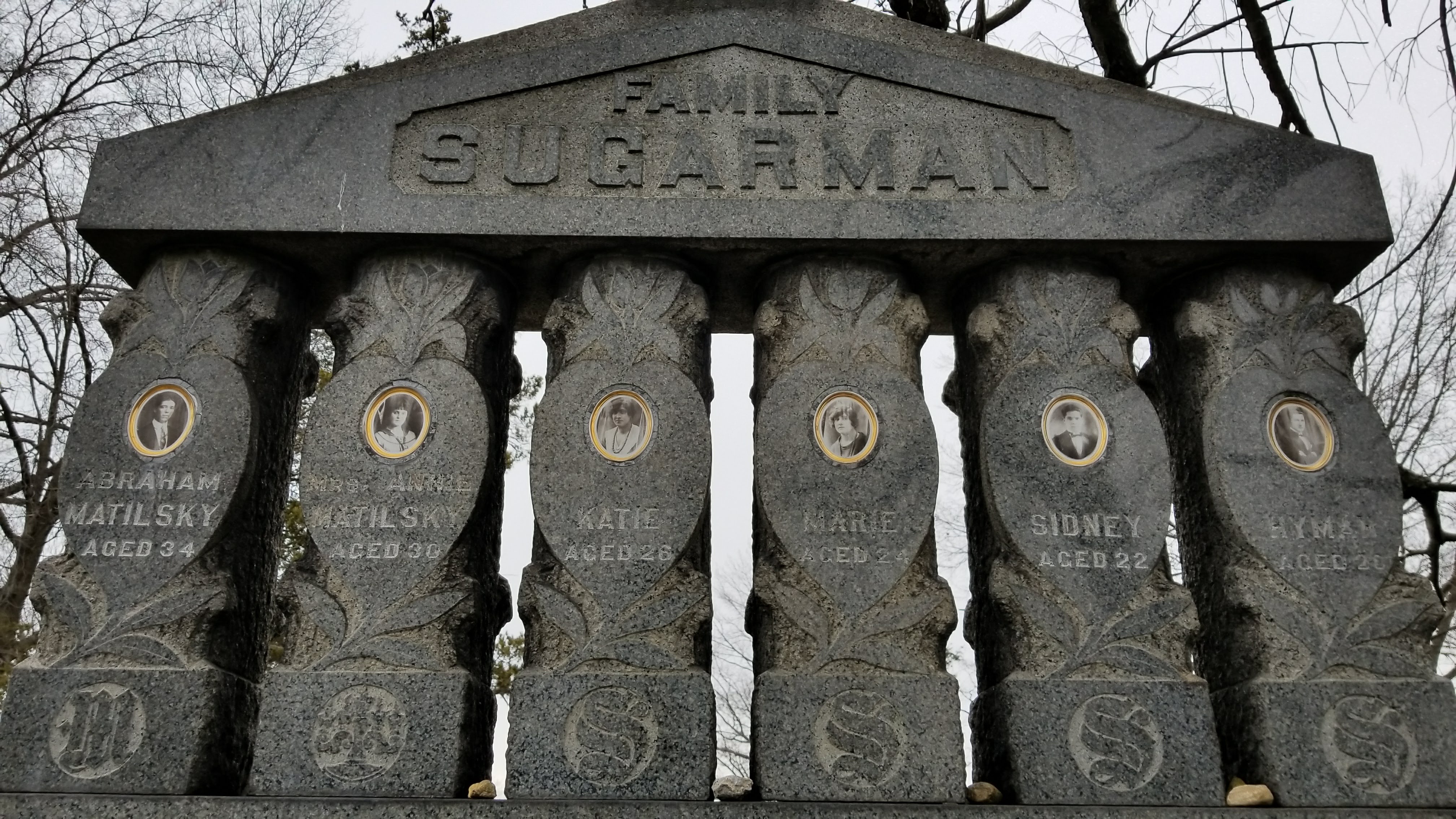 The Sugarman Family monument is a tragic tale of a young Romanian family who settled in the United States. They were tragically killed in a tenement fire. Blog written by Wilhelmine Coste.

"A Fire on Lexington: Remembering the Sugarman Family"

Amongst the Tenaments On the north corner of block 19 sits a large, dark granite headstone topped with a stone urn. On the ground in front of it lay six slabs of concrete, each with a name: Abraham, Sidney, Hyman, Annie, Katie and Marie. Each also has a ceramic portrait affixed to the headstone, with their names and ages as captions.

The Sugarmans were originally from Piatra Neamt, Romania, but had moved to London sometime before 1908. Parents Abraham and Sophie, née Berkowitz, had grown up in Romania in a time of rising antisemitism and anti-Jewish riots, and become part of the wave of emigration as a result. They brought their six children and one son-in-law with them from Piatra Neamt to London, where they lived for about a decade. They had two more children while living there, both daughters, and then around 1919 they decided it was time to move again - this time to New York City.

Why they moved to New York is unclear, but it’s likely because of the community support available to them. Son Harry and daughter Marie were sent ahead, as was common in those days, to find lodging, jobs, and connect with friends or extended family in the area. By March 1920, they had sent word that they had found the place, and on April 26, 1920, the family arrived at the port of New York on the S.S. La Lorraine and began to settle into their new life. 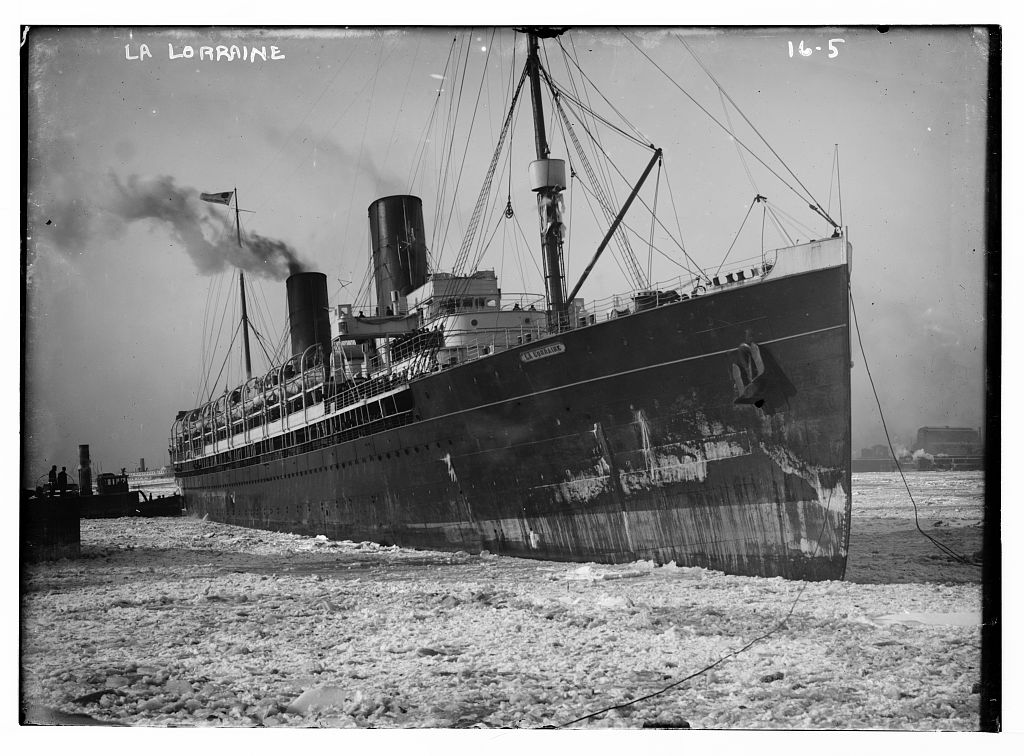 With father Abraham working as a cabinet maker and his son-in-law, also Abraham, as a tailor, they likely had little money to spare. Carpenters at the time made around $50 per week, which was nothing to sniff at, but the large size of the family meant it was all hands on deck, even living in a tenement building such as the one at 1773 Lexington. They likely lived in close quarters, together with other recent immigrants, mainly Jews and Italians. The area had traditionally been primarily Eastern European in demographics, but was beginning to become the Italian Harlem of Fiorello LaGuardia. The new Lexington subway line (now the 4/5/6) had urbanized the area, but it wasn’t yet giving up its suburban roots.

The closeness of quarters and age of the buildings, as in tenements around the world, made fires devastating and frequent. In the early morning hours of April 22nd, 1922, 1771-75 Lexington caught fire. The block was soon engulfed in flames. The community rushed to evacuate the residents, but by the time the fire was out, 14 were either dead or missing. Newspapers called it “the most disastrous tenement fire in 10 years.” Fire Marshal Thomas Brophy was certain it had been set by lighting a baby carriage stuffed with newspaper. (Later, the remains of a still, used for making illegal grain alcohol, were discovered in the basement. No arsonist was ever arrested.) 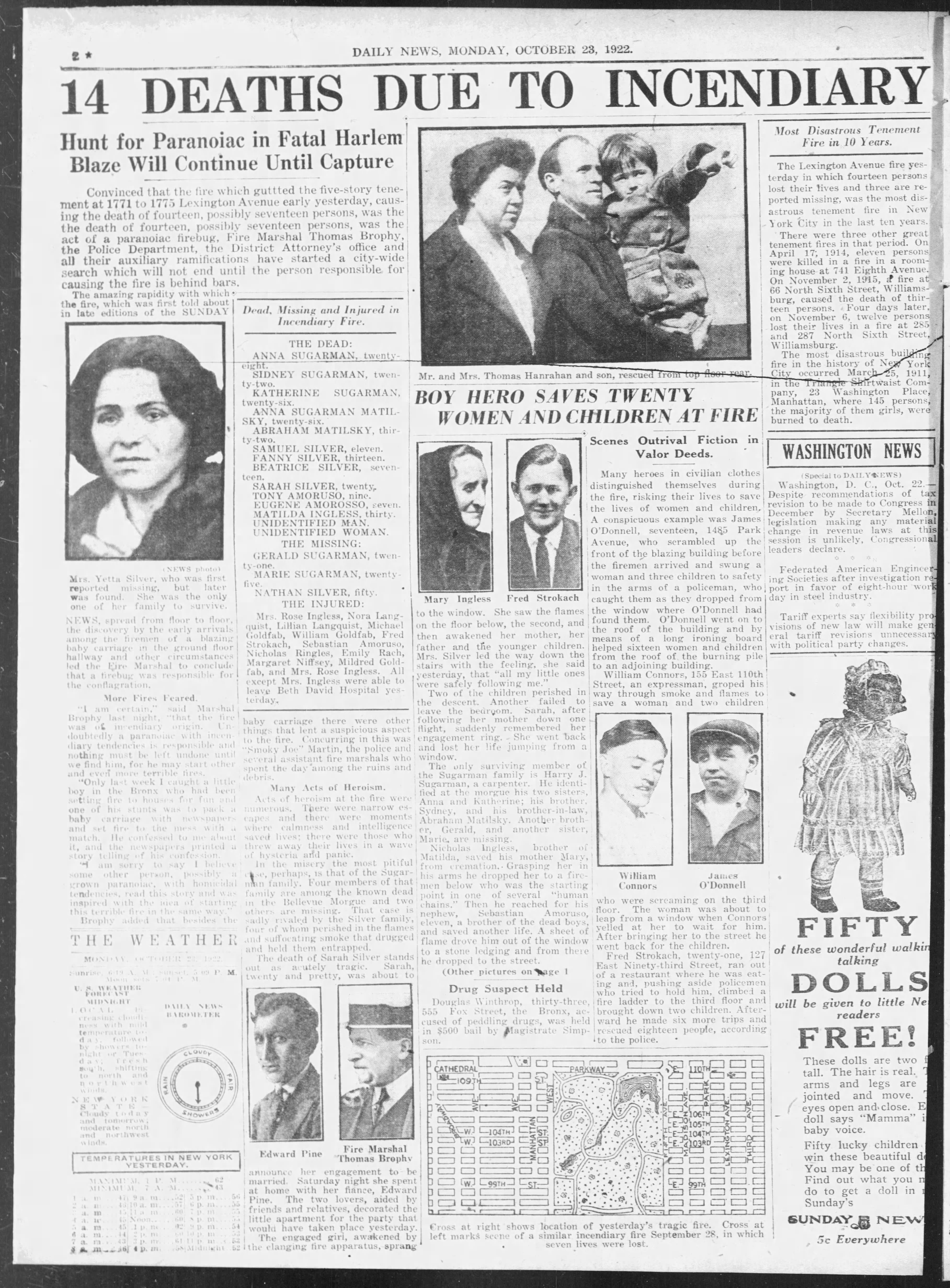 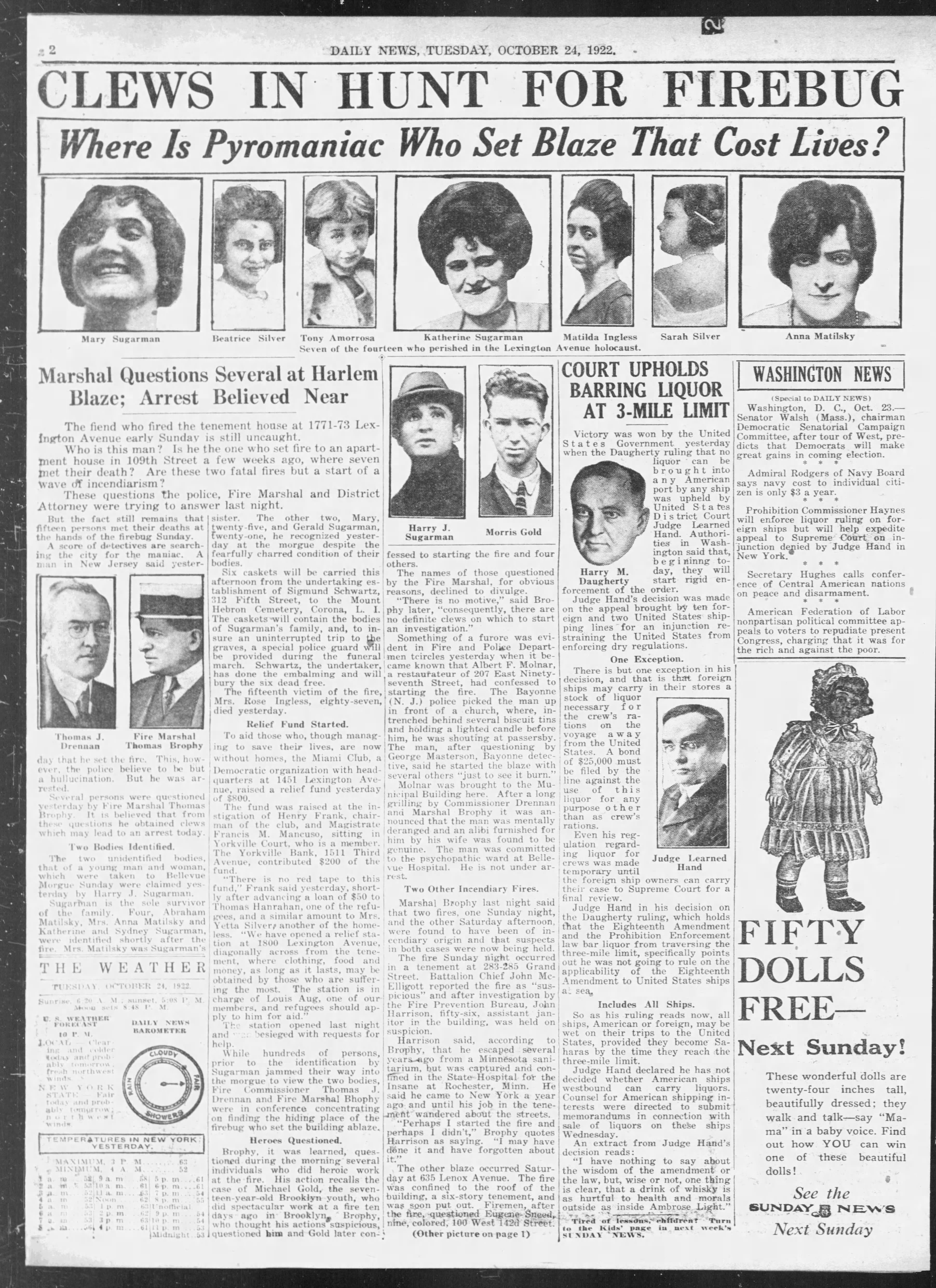 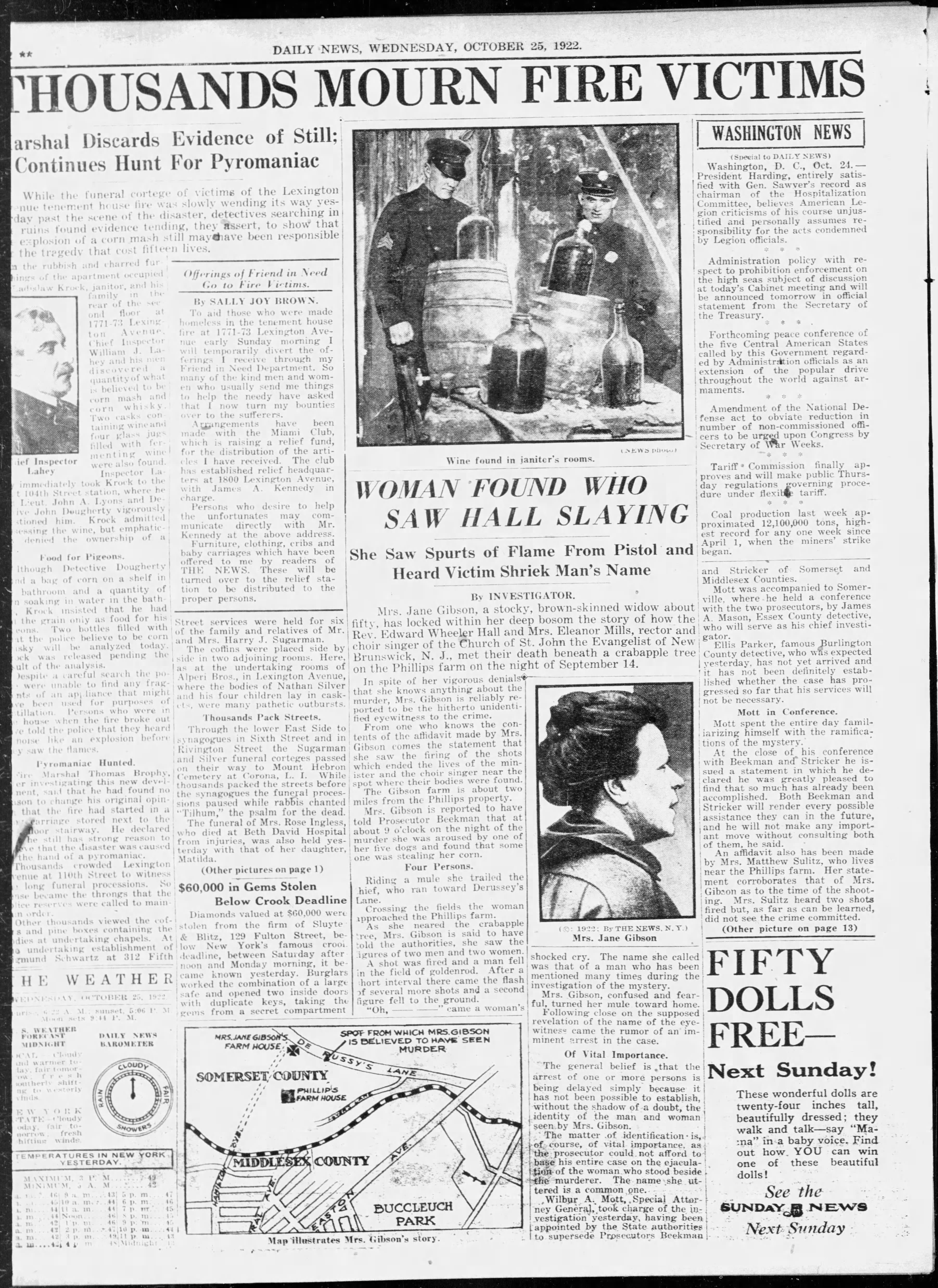 Katie, Sidney, Abraham Matilsky and Annie were all known to be dead immediately. Marie and Hyman, also called Gerald, were both labeled ‘missing’ until their bodies were found. Of their neighbors, the Silvers, only Mrs. Yetta Silver survived the fire. Her eldest daughter, newspapers reported, had returned to the building to fetch her new engagement ring and never reappeared. The tragic tales ignited community support, and later funeral processions for the Sugarmans and Silvers each attracted thousands of mourners. 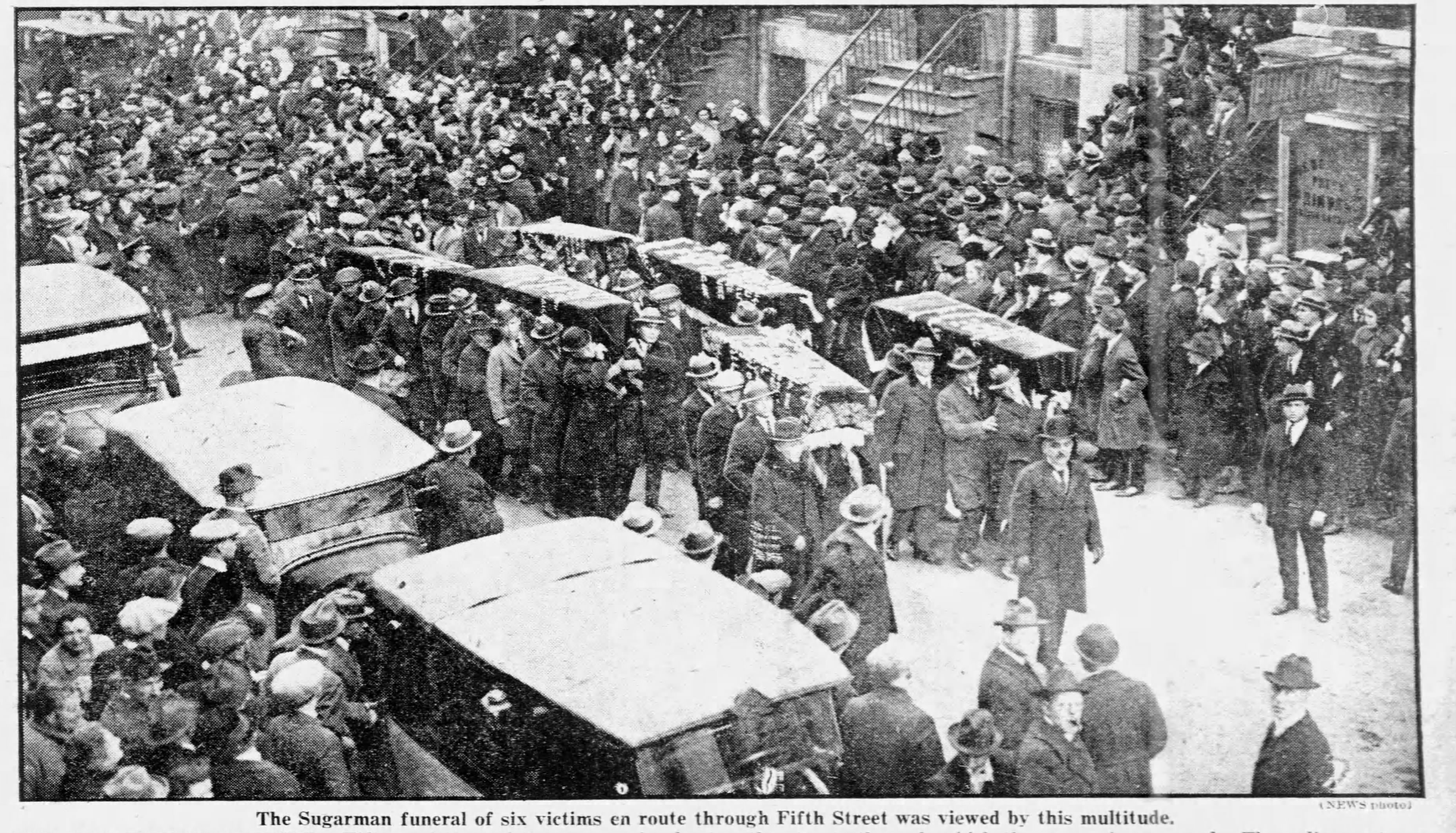 The Sugarmans were the first burial in their particular area of Mount Hebron, and it is likely that the First Piatrer Roumanian Sick and Benevolent Society bought the plot, later used by many immigrants from Piatra Neamt, for their resting place. The SBA, as it was known, was a mutual benefit society, and may also have helped to pay for the monument that now marks their graves. Sophie and Abraham, who died in 1952 and 1944 respectively, are buried just to the right of their children. Their marker is touchingly poignant - a tree with its limbs removed. They have no living direct descendents.