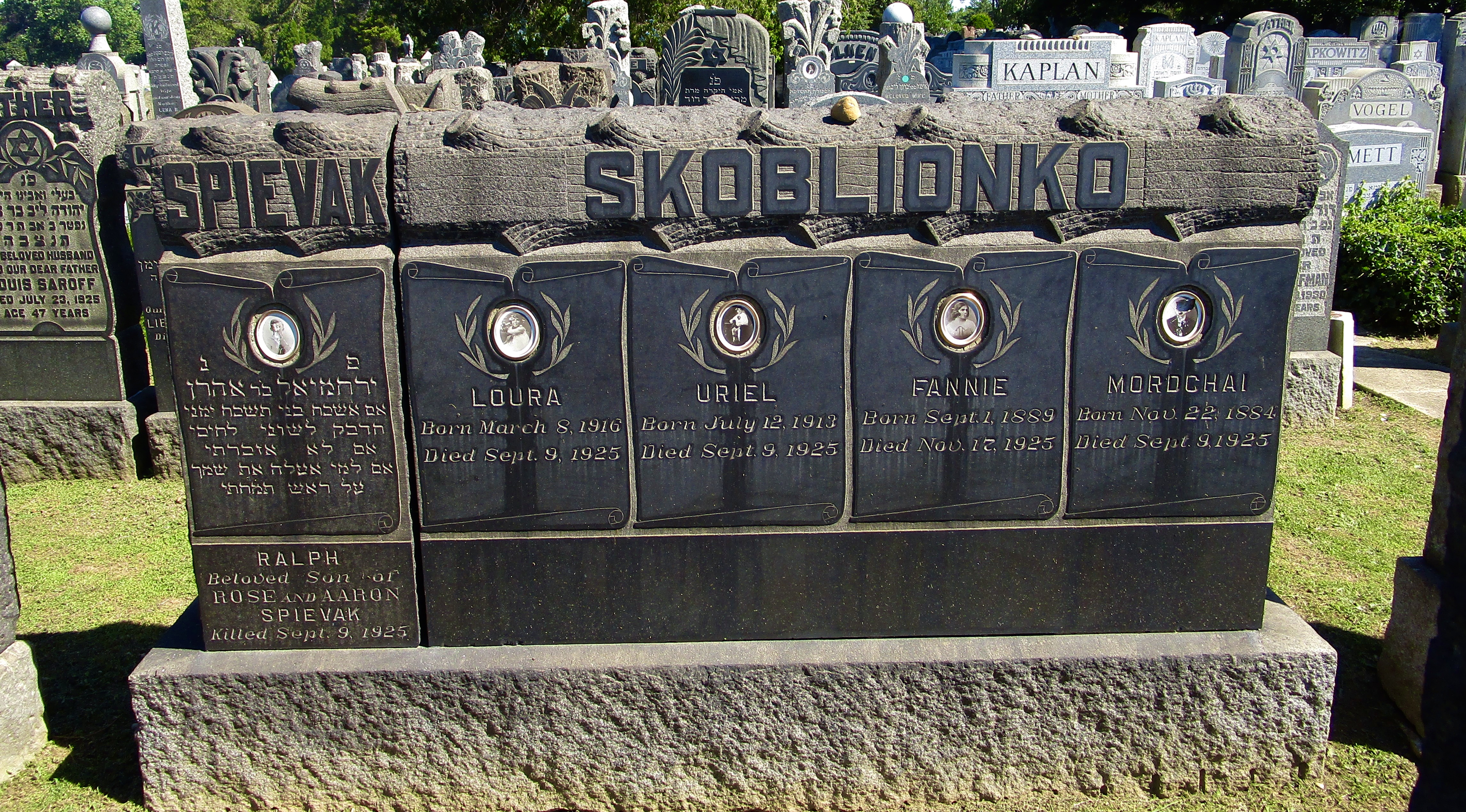 The Skoblionko Family and Ralph Spievak share not only a beautiful monument but also a tragic tale from 1925. Blog written by Wilhelmine Coste.

"In an Instant: The Skoblionko Family and Ralph Spivak"

In the evening of Wednesday, September 9, 1925, Mordchai and Fannie Skoblionko, their two children, and playmate Ralph Spievak were riding in the back of Frank Wallman’s delivery truck on Lake City Road about 30 miles west of their homes in Jacksonville, Florida.

The Skoblionkos were still somewhat new to the Jacksonville area, having moved from New York less than three years ago. Young Ralph had also been born in New York, and his parents had moved the family to Jacksonville around 1917. Both the Spievaks and the Skoblionkos were immigrant families, possibly having come from what is now Ukraine and Russia. The families likely weren’t well-off, making below-average income, but would have enjoyed the ties of a strong Jewish immigrant community. The New-York-to-Florida move was nearly as common at that time as it is now, especially with the 1920’s Florida land boom in full swing, attracting many who couldn’t afford to buy land in the northeast. The young family had perhaps even reconnected with friends and neighbors who had made the move before them. Both Mordchai (who also went by Morris) and Fannie had relatives back in New York, and they had settled in well enough in Jacksonville to have befriended Ralph and his parents, and invited the boy on their excursion out of the city. 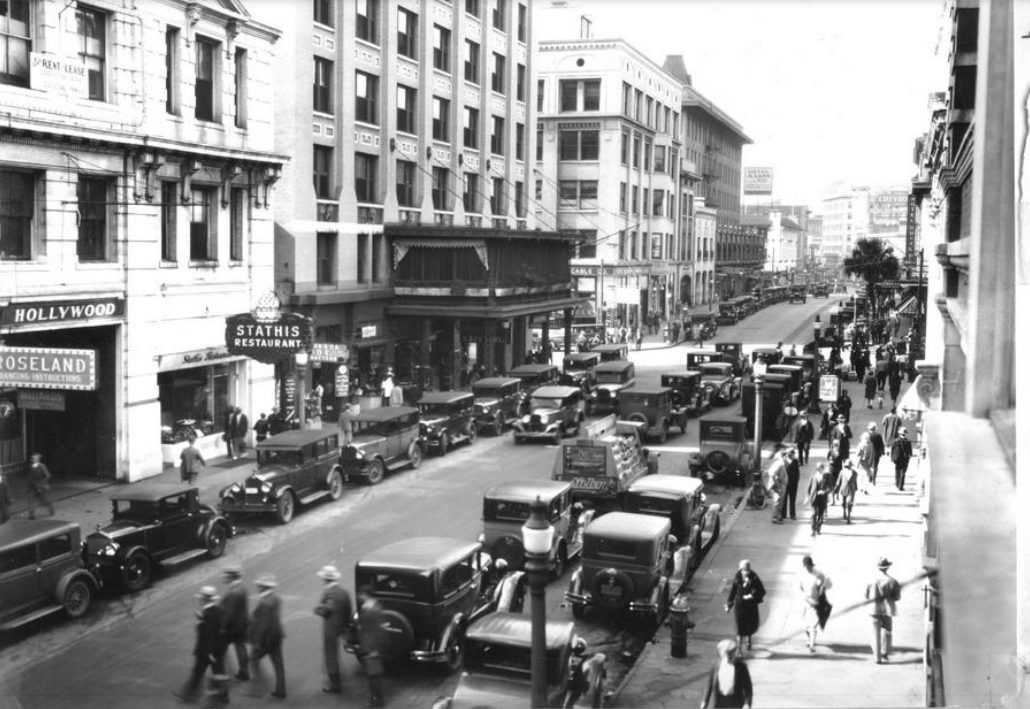 At the same time, on the same road, 21-year-old Benjamin Hendricks was driving his coupe. Hendricks was from Georgia, but attending the University of Florida in nearby Gainesville, where he was following in his father’s footsteps by studying law. He would go on to become Dade County Bar Association’s bureau chief and raise three children. At that moment, he was probably driving to or from a visit to Jacksonville. 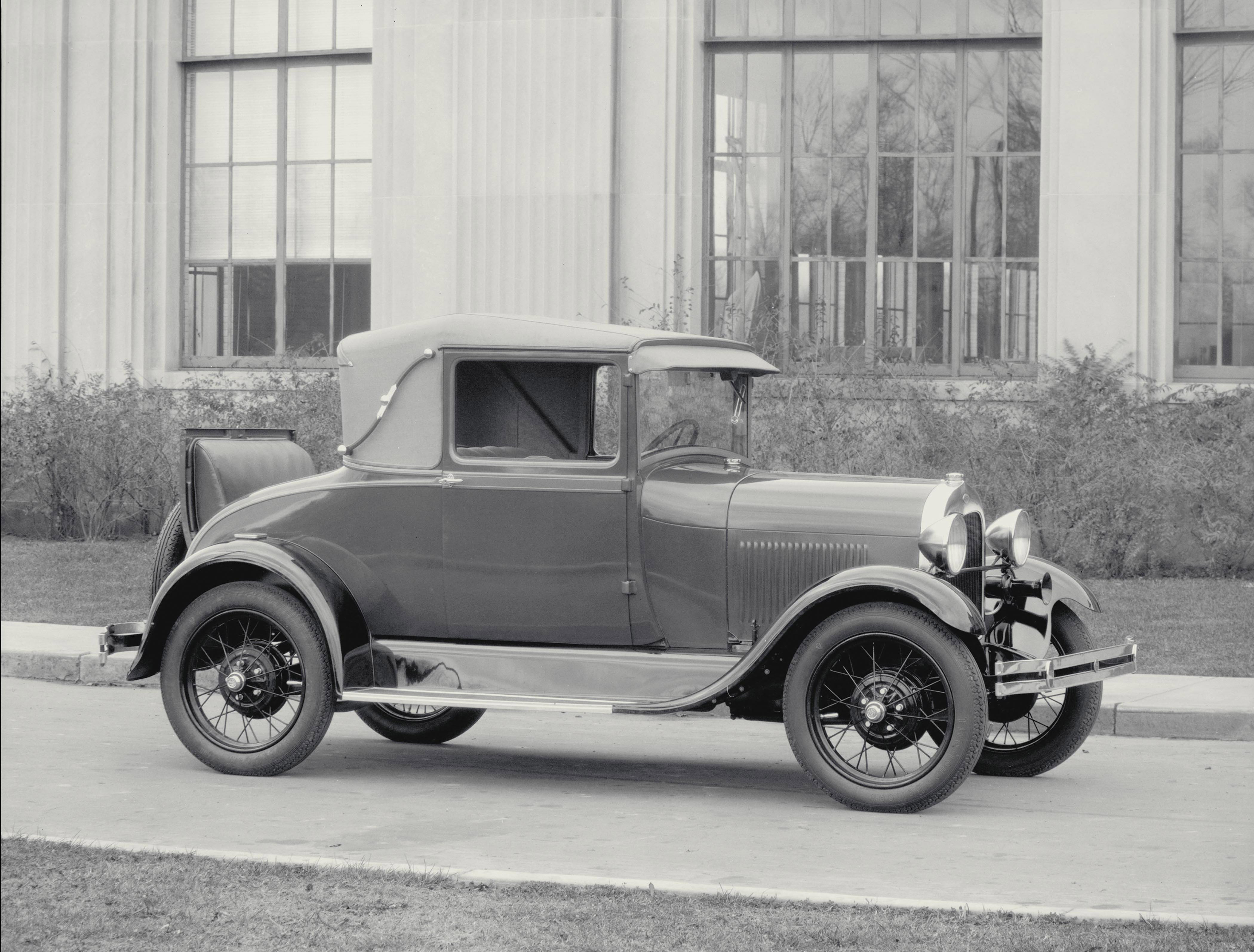 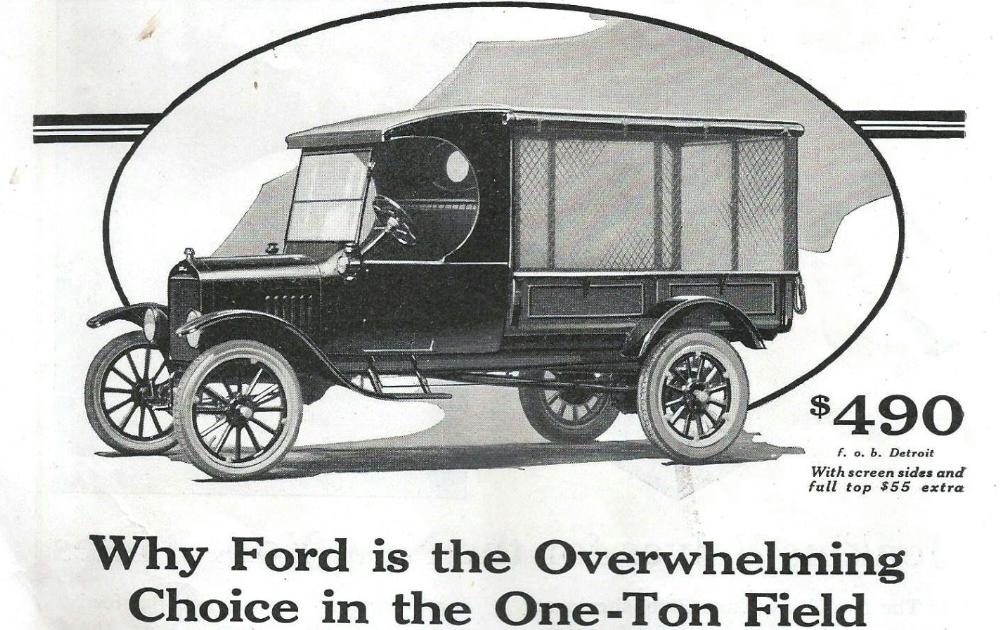 Auto accidents were far from rare at the time. Indeed, an article printed in a local paper just two days after the crash bemoaned the fact that the new 45mph statewide speed limit was doing nothing to curb reckless driving. Automobile accidents would cause 17,571 reported deaths in 1925. Given the amount of cars on the road, this number was extremely disproportionate -- the amount of yearly deaths since then has doubled, but the amount of cars on the road has octupled.

Witnesses and survivors state that one vehicle was driving on the wrong side of the road, but newspapers couldn’t agree which. The two collided head on, producing such mangled wreckage that Laura Scoblionko, just 11 years old, died while being pulled out of the car. Ralph Spievak died upon arrival at the hospital, and Morris and his son Uriel both died a few hours later. Fannie lived for two months after the crash, but joined her family in interment at Mount Hebron by November. Hendricks and Wallman, the drivers, were taken to the hospital and pronounced in stable condition by the next day. Both survived.

The families decided to bury the Skoblionkos and Ralph Spievack together. It is unclear why they were buried at Mount Hebron in New York, especially in Ralph’s case. The Skoblionkos had family in New York, which may have contributed to the decision to bury them nearby. Ralph’s family, however, was in Jacksonville and remained in Jacksonville even after his death and burial. There is a possibility that Ralph’s father is also buried at Mount Hebron, nearby, but unfortunately we have no way of proving the family connection.

Today, the Skoblionko family and Ralph are memorialized with a unique combined stone marking the place where they were laid to rest. Each has a ceramic portrait affixed above their name on the horizontal slab, although Mordchai’s and Ralph’s are damaged beyond recognition. Ralph’s section, on the far lefthand side, has a verse in Hebrew, an adaptation of Psalms 137:5-6. The marker is somber and relatively understated despite its size. The only hint of the accident is where, under Ralph’s name, it reads: “killed Sept. 9, 1925.”